In anticipation of my Spring, I purchased a MLB preview magazine on Thursday, February 1. At present, I am going through its 224 pages and preparing myself for my arbitrary Spring discussions of “the National Pastime.” (Yes, I know you could present an argument for football and basketball being the National Pastime, but when it comes to baseball, I’m old school.)

Such magazines all cover the same ground. You can find the players’ stats from the previous year, the ratings of players at each position (to help you stock your Rotisserie League team), evaluations and predictions for every team, and at least a dozen other baseball articles to generate interest in the approaching season. This year, topics included: “Whatever happened to baseball cards,” “Fifteen things to watch” (eg, how will Derek Jeter do as a team owner), and “Will the Astros repeat” (as MLB champions)? No team has done so since the 1999-2000 Yankees.

Now the tough part. Without boring you to tears (I’m talking to the baseball lovers reading this—both of you), here are a dozen topics I’ll be following this season. First: everyone will be watching Shohei Ohtani and asking: Is he the next Babe Ruth? Really? Who started that rumor? Supposedly, the Angels will use him in a 6-man pitching rotation and on (how many?) off days use him as a DH. OK; how about 10 wins, a .300 batting average, and 15 homers? Too much/little to expect?

Madison Bumgarner. Three months away due to a dirt bike injury ruined his (and the Giants’) season. How much can he rebound from a 4 and 9 season? Is 15 wins, 200 IP, and 200+ strikeouts realistic?

Miguel Cabrera. I don’t want to think such a great hitter has bottomed out. If his injuries have healed, I hope this 2-time MVP and 4-time batting champ can continue his march to 3,000 hits…and Cooperstown.

Mike Trout. This year, with 2 good thumbs, I’m looking forward to his playing 150+ games and reminding fans this is as close to Willie Mays as anyone can come. Fingers crossed.

Marcell Ozuna. Coming off his best season, he gives the Cardinals the offensive punch they need (.312, 37 HRs). Will he be enough to get the Cards back to the playoffs? (Yes.)

Who is better: Clayton Kershaw or Max Scherzer? If Kershaw’s back lets him, he’ll get 30 starts and 200 IP, and the wins and strikeouts will follow. If not, Scherzer will get a 4th Cy Young first.

Carlos Correa and Francisco Lindor. Both in their early 20s, and the best 2 shortstops in the game. Lindor found HR power last year; Correa already had it. Flip a coin on who is better: you can’t go wrong.

Mets’ Pitching staff. Remember when the Mets’ pitching staff scared the NL.  Last year, the Mets used 29 pitchers, tied for their most ever.  deGrom had a great year (201 IP with 239 K, 15 wins). But Syndergaard, Matz, and Wheeler had 37 games between them (injuries).  Harvey’s ERA was 6.70 –worst ever by a Mets’ starter. Ouch. The future is ……

And, finally: I’ve been a Phillies fan since 1950. (That’s not a misprint.) Times have not been good. Three 90+ loss seasons in a row. And 89 losses in the 2 years before that. Good news: The Phils have enough major leaguers to create a line up. Bad news: they have one good starter (Aaron Nola). He led the team in wins and losses (12 – 11). Most major pitching prospects have spent time in the majors –with mixed results at best. In 2017, Rhys Hoskins, in 50 games hit 18 home runs. Will that project to 150 games and 54 homers in 2018. Not likely. Still too early to buy World Series tickets.

What story lines will you be following this season? 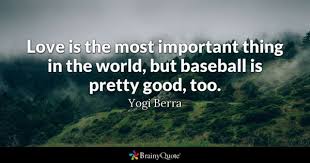 Two things... First, why have I decided to establish this blog? I like to put essays together. I research an idea or topic looking for information, statistics, stories, quotes, pictures, etc. I enjoy the process and seeing a finished product. I’m told that as I get older, new activities can help maintain energy and keep my brain alert. In other words, I am not doing this for money or fame. Second, regarding the gentleman in the collage of pictures above...it's not me. Those are photos of Christy Mathewson. Why him? When I was young, my primary activity was being sick. It took up much of my time. Eczema (a case so bad I was written up in a medical journal showing doctors what their patients COULD look like), asthma, and allergies. You know allergies: don’t eat this, don’t wear that, and, for Heaven’s sake, don’t touch any of these things (eg, dogs, cats, horses --I only saw horses in cowboy movies and TV shows, dust, swimming pools, my brother --OK, that’s an exaggeration, Rick was a fine brother). In my spare time between doctors' appointments, pills, and ointments, baseball kept me sane. In the 1940s and 1950s, when I grew up, pro footballI and basketball had not yet become extremely popular. Baseball truly was “the national pastime.” I listened to games on the radio (remember it? TV without the picture). I read magazines, books, and newspaper accounts of games. I collected baseball cards. I learned about the game’s history, as well as present. The same with its stars. One man stood out: Christy Mathewson. He was a great pitcher for the New York Giants in the early 20th century. But there was much more to him. At a time when professional athletes made little money (yes, there was such a time) and ball players were considered on the same level as actors, artists, and prostitutes, Mathewson stood out. One of his nicknames was: “The Christian Gentleman.” Most men is baseball drank, smoked, cursed, and fought —with other players, umpires, and fans. The fights were physical, not just verbal. Mathewson did none of these things. But he earned the respect of other players who did them all. Even Ty Cobb and John McGraw. There’s more. He was a college graduate (Bucknell University) when most men were lucky to have a high school diploma. He played other sports, including pro football which you wouldn’t recognize. He was handsome. He played in New York City, then as now, the largest city in the country. Excellence and popularity there meant fame and money. He dressed well. Today, his commercials would rival LeBron’s. And, finally, a hero’s life must have tragedy. After his playing career ended, WWI arrived. He suffered from influenza and was exposed to mustard gas. Chemical warfare. His lungs were damaged and he required treatment for the rest of his life. (Like my Grandfather who also fought in The Great War.) He died in 1925. He was 45 years old. I have his picture here because you need to know more about him than me. He was what an athlete could be. Players like him and their accomplishments got me through a sickly, painful childhood and can still sustain me in difficult times. *****
View all posts by rcarmean →
This entry was posted in Baseball, Entertainment, People, Pop Culture, Uncategorized and tagged Baseball, Entertainment, magazines, Sports, spring, Spring Training. Bookmark the permalink.