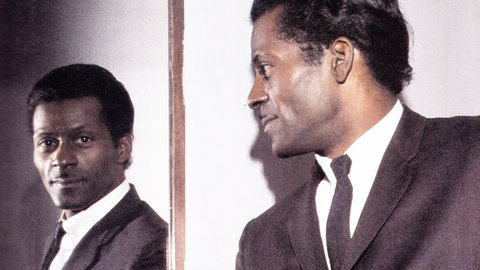 Chuck Berry: “It amazes me when I hear people say ‘I want to go out and find out who I am.’ I always knew who I was. I was going to be famous if it killed me.’”

Chuck Berry: “I would sing the blues if I had the blues.” 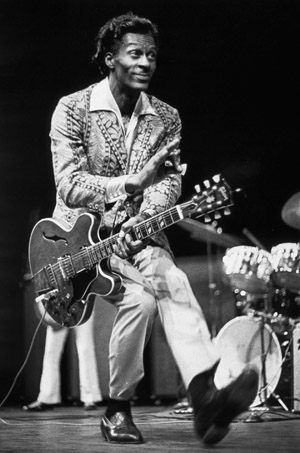 Chuck Berry: “I grew up thinking Art was pictures until I got into music and found I was an artist and didn’t need paint.”

When Mick Jagger and Keith Richards first met each other, one of them knew the other because he carried a record of Chuck Berry under his arm.

Chuck Berry “made the guitar the star, not a background instrument.” 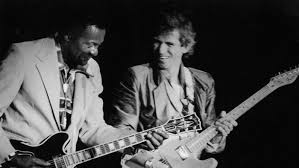 Keith Richards(pictured): “I stole everything I could from Chuck Berry’s guitar work.”

1977: When NASA launched the unmanned Voyager 1 spacecraft, “Johnny B. Goode” was the one rock and roll song included on a golden record that would explain music on earth. 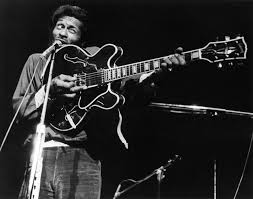 John Lennon: “If you tried to give rock and roll another name, you might call it Chuck Berry.”

Bob Dylan: “Chuck Berry is the Shakespeare of rock and roll.”

Bruce Springsteen: “Chuck Berry was rock’s greatest practitioner, guitarist, and the greatest pure rock and roll writer who ever lived.” 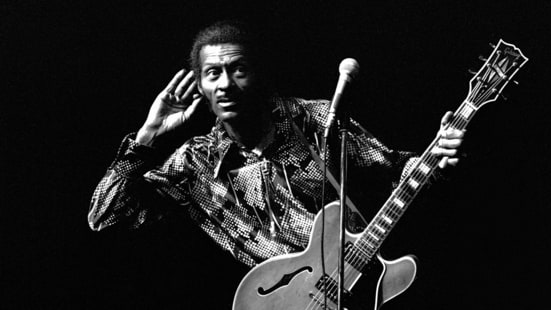 Keith Richards gave the introduction speech when Chuck Berry was among the first class inducted into the Rock and Roll Hall of Fame (1995).

Chuck Berry performed at the White House, received a Grammy Lifetime Achievement Award, received Kennedy Center Honors, and got a star on the Hollywood Walk of Fame.

When Berry died, Mick Jagger said: “All of us in Rock have now lost our Father.” 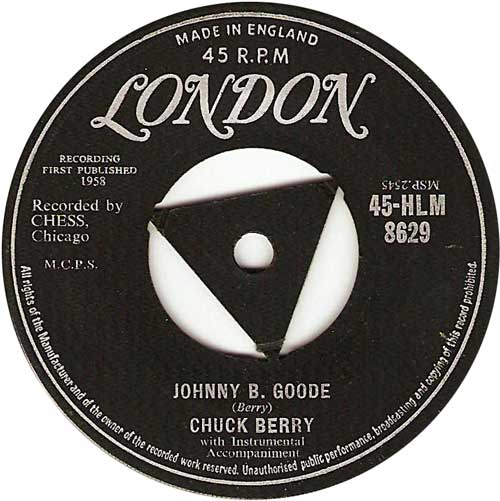 Two things... First, why have I decided to establish this blog? I like to put essays together. I research an idea or topic looking for information, statistics, stories, quotes, pictures, etc. I enjoy the process and seeing a finished product. I’m told that as I get older, new activities can help maintain energy and keep my brain alert. In other words, I am not doing this for money or fame. Second, regarding the gentleman in the collage of pictures above...it's not me. Those are photos of Christy Mathewson. Why him? When I was young, my primary activity was being sick. It took up much of my time. Eczema (a case so bad I was written up in a medical journal showing doctors what their patients COULD look like), asthma, and allergies. You know allergies: don’t eat this, don’t wear that, and, for Heaven’s sake, don’t touch any of these things (eg, dogs, cats, horses --I only saw horses in cowboy movies and TV shows, dust, swimming pools, my brother --OK, that’s an exaggeration, Rick was a fine brother). In my spare time between doctors' appointments, pills, and ointments, baseball kept me sane. In the 1940s and 1950s, when I grew up, pro footballI and basketball had not yet become extremely popular. Baseball truly was “the national pastime.” I listened to games on the radio (remember it? TV without the picture). I read magazines, books, and newspaper accounts of games. I collected baseball cards. I learned about the game’s history, as well as present. The same with its stars. One man stood out: Christy Mathewson. He was a great pitcher for the New York Giants in the early 20th century. But there was much more to him. At a time when professional athletes made little money (yes, there was such a time) and ball players were considered on the same level as actors, artists, and prostitutes, Mathewson stood out. One of his nicknames was: “The Christian Gentleman.” Most men is baseball drank, smoked, cursed, and fought —with other players, umpires, and fans. The fights were physical, not just verbal. Mathewson did none of these things. But he earned the respect of other players who did them all. Even Ty Cobb and John McGraw. There’s more. He was a college graduate (Bucknell University) when most men were lucky to have a high school diploma. He played other sports, including pro football which you wouldn’t recognize. He was handsome. He played in New York City, then as now, the largest city in the country. Excellence and popularity there meant fame and money. He dressed well. Today, his commercials would rival LeBron’s. And, finally, a hero’s life must have tragedy. After his playing career ended, WWI arrived. He suffered from influenza and was exposed to mustard gas. Chemical warfare. His lungs were damaged and he required treatment for the rest of his life. (Like my Grandfather who also fought in The Great War.) He died in 1925. He was 45 years old. I have his picture here because you need to know more about him than me. He was what an athlete could be. Players like him and their accomplishments got me through a sickly, painful childhood and can still sustain me in difficult times. *****
View all posts by rcarmean →
This entry was posted in Entertainment, People, Pop Culture, The Arts, Uncategorized and tagged Chuck Berry, Entertainment, Keith Richards, music, rock 'n roll, rock 'n roll Hall of Fame, Rockers' Quotes, Voyager 1. Bookmark the permalink.