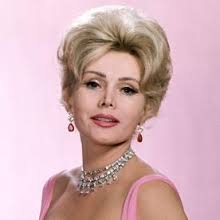 I have written two previous articles describing important contributions made by people who died in 2016. (“A Final Thank You, Parts 1 and 2”, 12/10/16 and 12/18/16) The individuals I mentioned died between January 1 and November 30. However, other important people died in December, 2016. Some of them were famous (eg, Carrie Fisher, John Glenn, Dr. Henry Heimlich, George Michael, Debbie Reynolds, Alan Thicke). But other individuals, less well-known, also departed in December. Their actions made the lives of other people easier or more pleasant in a variety of ways. This article will give you an opportunity to appreciate their efforts and give them a final thank you.

Richard Adams, 96. While working as a Civil Servant in London, he made up stories about rabbits to occupy his two daughters during long automobile rides. They told him to put his stories into a book because “people would like that.” The tales he told his children became “Watership Down.” In the 1970s, it topped the New York Times best-seller list for 8 months. His children were correct.

R. Braithwaite, 104. Born in Guyana, he taught teenagers in London in the 1950s. He wrote about his experiences as a teacher and entitled the book: “To Sir, With Love.” It was made into a film starring Sidney Poitier. Perhaps you have heard of it.

Peng Chang-Kuei, 98. He was a Taiwanese chef who created a new dish to impress a visiting dignitary in 1955. He and his creation made their way to the United States. He prepared his meal for ABC news and Henry Kissinger became a “regular” at his restaurant. His meal became a sensation in New York City. Do you like General Tso’s Chicken as much Mr. Kissinger did?

William Christopher, 84. He began acting on and off Broadway in New York City. Then he appeared in a variety of television shows. From 1972 – 1985, he portrayed Father Mulcahy in “M*A*S*H. Reacting to his death, Alan Alda (Hawkeye) said: “His pals from MASH miss Bill powerfully. His kind strength, his grace and gentle humor weren’t acted. They were Bill.”

Michael James Delligatti, 98. In 1967, in Uniontown, PA, he created a new menu item at his McDonald’s. His sandwich was larger and more expensive than the traditional hamburger offering. (In a college elsewhere in the state, I was buying hamburgers for 15 cents.) McDonald’s finally gave permission for him to sell his creation …for 45 cents. By 1969, Mr. Delligatti’s Big Mac accounted for 19% of McDonald’s total sales. Today, 550 million Big Macs are sold annually in the U. S.

Rose Evansky, 94. As a Jewish refugee from Nazi Germany, she began styling hair in a small shop in London after WWII. She and her clients hated the head-covering dome used to dry hair. In 1962, Ms. Evansky began using a plastic hairbrush and hand dryer to obtain the same effect. A client told the editor of a newspaper who praised the discovery of “the blow-dry” technique. Later, Vidal Sassoon called her “without question the top female stylist in the country.”

Zsa Zsa Gabor, 99. She was “famous for being famous” long before the phrase existed. Her career began as Miss Hungary in 1936. Her acting ability in films was limited. But, on television, she became famous primarily as a talk show guest for 40+ years. Her beauty, life style, and unique sense of humor kept her in gossip columns continually. She was married 9 times and was blunt about her accomplishment. She said: “I believe in 50-50 relationships. The man must be 50 years old and have $50 million.” And “I’m a marvelous house-keeper. Every time I divorce a man, I keep his house.” She amazed hosts and amused audiences into the 1990s.

Robert Hulseman, 84. You have used his most famous product more frequently than you might care to admit. He developed the Solo Cup seen at picnics, parties, and colleges everywhere. It inspired the song “Red Solo Cup” sung by Toby Keith in 2011.

Dr. Sammy Lee, 96. He conquered a fear of heights and racial prejudice (he was Korean-American) to become the first American to win consecutive Gold medals in Olympic platform diving (1948 and 1952). After his second Gold medal, he was voted the outstanding amateur athlete in the U. S. From 1953-55, he served in the U. S. Army Medical Corps in South Korea. Later, he was the first coach of Greg Louganis –the greatest diver in U. S. Olympic history (4 gold medals in two Olympics).

Luis Carlos Montalvan, 43. After serving two tours of duty in Iraq, and earning a Purple Heart and 2 Bronze Stars, he suffered PTSD (Post-Traumatic Stress Disorder). A Golden Retriever, named Tuesday, enabled him to leave his apartment, earn a Masters degree, and travel the country advocating service for veterans and the use of service dogs. He wrote a book entitled: “Until Tuesday.”

Milt Moss, 93. An actor and comedian who was most famous for a commercial he did in 1972. It was an advertisement for Alka-Seltzer. In each version of the ad, he was seated (eg, on a bed) staring into the camera with a pained look on his face proclaiming: “I can’t believe I ate the whole thing.” In 1977, the commercial he made famous was admitted to the advertising industry’s Clio awards Hall of Fame. The quote later appeared on Homer Simpson’s high school yearbook photo.

Vera Rubin, 88. More than anyone else, she was responsible for proving the existence of “dark matter” –a substance far larger than “all stars, planets, and people.” She emphasized the importance of young people going into science as a profession. Her high school Science teacher told her she would have a fine career –but not in science. Princeton University would not send her a course catalog after she expressed an interest in astrophysics. Luckily, Georgetown University helped her reach her goal. One woman encouraged her career choice saying: “Don’t worry about prizes and fame. The real prize is finding something new out there.” She did exactly that.

Huston Smith, 97. He was a religious scholar who wrote a book entitled: “The World’s Religions.” It sold over 3 million copies. A reviewer called it “the most important book in comparative religious studies ever.” After examining the world’s faiths, his point of view was: “If we are to be true to our own faith, we must attend to others when they speak, as deeply and as alertly as we hope they will attend to us.” His favorite prayer was written by a 9 year old boy: “Dear God, I’m doing the best I can.”

Cyril D. Tyson, 89. He worked on anti-poverty programs for NYC and Newark, NJ in the 1960s – 1980s. He was the Father of Neil deGrasse Tyson, astrophysicist and television personality.

Tyrus Wong, 106. He was trained as a painter, but discrimination (because of his Chinese heritage) limited his occupational prospects. From 1936-38, he worked for the Works Progress Administration (WPA) creating paintings for public buildings. He joined Walt Disney’s film making company in 1938 and worked on small projects. His talent was recognized when the film Bambi was planned. Mr. Wong designed and painted the film, and influenced its music and special effects. It opened in theaters in 1942 and was much praised Other projects followed. In 2001, his work was recognized and he was named a Disney Legend: a rare honor. Among its winners were: Julie Andrews, Fred MacMurray, and Annette Funicello. Mr Wong, Bambi’s Father, joined them.

A final thought. In case someone reading this thinks: “Three articles about people who died in 2016 is too many.” I have a question: Why are you tired of reading about “too many” fine individuals who helped people live better lives? Can there really be too many such articles?

Two things... First, why have I decided to establish this blog? I like to put essays together. I research an idea or topic looking for information, statistics, stories, quotes, pictures, etc. I enjoy the process and seeing a finished product. I’m told that as I get older, new activities can help maintain energy and keep my brain alert. In other words, I am not doing this for money or fame. Second, regarding the gentleman in the collage of pictures above...it's not me. Those are photos of Christy Mathewson. Why him? When I was young, my primary activity was being sick. It took up much of my time. Eczema (a case so bad I was written up in a medical journal showing doctors what their patients COULD look like), asthma, and allergies. You know allergies: don’t eat this, don’t wear that, and, for Heaven’s sake, don’t touch any of these things (eg, dogs, cats, horses --I only saw horses in cowboy movies and TV shows, dust, swimming pools, my brother --OK, that’s an exaggeration, Rick was a fine brother). In my spare time between doctors' appointments, pills, and ointments, baseball kept me sane. In the 1940s and 1950s, when I grew up, pro footballI and basketball had not yet become extremely popular. Baseball truly was “the national pastime.” I listened to games on the radio (remember it? TV without the picture). I read magazines, books, and newspaper accounts of games. I collected baseball cards. I learned about the game’s history, as well as present. The same with its stars. One man stood out: Christy Mathewson. He was a great pitcher for the New York Giants in the early 20th century. But there was much more to him. At a time when professional athletes made little money (yes, there was such a time) and ball players were considered on the same level as actors, artists, and prostitutes, Mathewson stood out. One of his nicknames was: “The Christian Gentleman.” Most men is baseball drank, smoked, cursed, and fought —with other players, umpires, and fans. The fights were physical, not just verbal. Mathewson did none of these things. But he earned the respect of other players who did them all. Even Ty Cobb and John McGraw. There’s more. He was a college graduate (Bucknell University) when most men were lucky to have a high school diploma. He played other sports, including pro football which you wouldn’t recognize. He was handsome. He played in New York City, then as now, the largest city in the country. Excellence and popularity there meant fame and money. He dressed well. Today, his commercials would rival LeBron’s. And, finally, a hero’s life must have tragedy. After his playing career ended, WWI arrived. He suffered from influenza and was exposed to mustard gas. Chemical warfare. His lungs were damaged and he required treatment for the rest of his life. (Like my Grandfather who also fought in The Great War.) He died in 1925. He was 45 years old. I have his picture here because you need to know more about him than me. He was what an athlete could be. Players like him and their accomplishments got me through a sickly, painful childhood and can still sustain me in difficult times. *****
View all posts by rcarmean →
This entry was posted in Entertainment, People, Pop Culture, Television, The Arts, Uncategorized and tagged Forgotten Heroes, People Who Made a Difference. Bookmark the permalink.