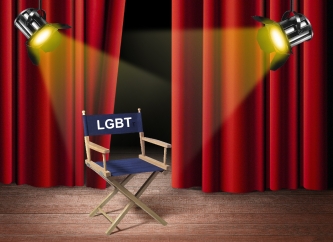 The killings at the Pulse Orlando Nightclub dominated the news last June.  At the time, the film website, www.Imdb.com, conducted a poll regarding one aspect of the tragedy.  In many countries, June is Pride Month for the LGBTQ community.  Imdb asked: “Which of these film characters best represents the Spirit of Pride?”  Names and pictures of actors and actresses were presented for your choice.  Among my favorites that were given are:

The film performances I enjoyed most were:  the trio of Stamp, Pearse, and Weaving in Priscilla,  and Kinnear in As Good As It Gets.  In a “forced choice” situation, I’d select Stamp’s performance as the finest.

Terence Stamp is an interesting story.  In his 70s now, he began a career in film in the 1960s.  He was a handsome lad in Billy Budd (1962) and a true bad guy in The Collector (1965).  In early films, you look at him and understand why he was dating Brigitte Bardot and Julie Christie.  A decade later, he gave convincing portrayals of General Zod in Superman and Superman II.  Reappearing in the late 1980s in Alien Nation, he was a true monster from outer space  —with no claws or desire for human flesh —just an unscrupulous businessman who was also “very strong”.

From the 1990s on, he was no longer a “pretty boy” in films.  But he aged well.  Now, capable of real charm, but with or beneath that quality was true menace.  As Bernadette, in Priscilla (which was the name of a vehicle), he was a confident woman who, if necessary, pulled no punches —neither verbally or physically.  But sensitivity remained, revealing itself when appropriate.  An astonishing portrayal.

In what some consider his finest film performance, he was Wilson in The Limey.  He was a man, just out of prison in England, who traveled to the United States to find out the true story behind his daughter’s death.  With ample support on screen from Lesley Ann Warren and Luis Guzman, he tracked down the people responsible for her fate.  With minimum emotion and effort, he convinced people he was a dangerous man —eventually.  Did he kill anyone, everyone…maybe. 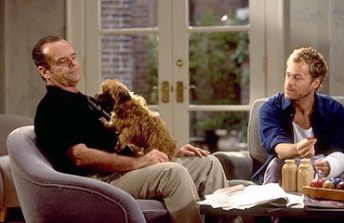 A final note.  If you have not seen it already, catch Greg Kinnear in As Good As It Gets.  Yes, Jack Nicholson and Helen Hunt won Oscars, and Cuba Gooding, Jr. and Shirley Knight were delightful in supporting roles, but Kinnear ties everyone and every plot line together.  His interactions with Jack on screen are as good as acting can get.  Anyone who can hold his own going one-on-one with Nicholson should get an Oscar —not just a nomination.

Two things... First, why have I decided to establish this blog? I like to put essays together. I research an idea or topic looking for information, statistics, stories, quotes, pictures, etc. I enjoy the process and seeing a finished product. I’m told that as I get older, new activities can help maintain energy and keep my brain alert. In other words, I am not doing this for money or fame. Second, regarding the gentleman in the collage of pictures above...it's not me. Those are photos of Christy Mathewson. Why him? When I was young, my primary activity was being sick. It took up much of my time. Eczema (a case so bad I was written up in a medical journal showing doctors what their patients COULD look like), asthma, and allergies. You know allergies: don’t eat this, don’t wear that, and, for Heaven’s sake, don’t touch any of these things (eg, dogs, cats, horses --I only saw horses in cowboy movies and TV shows, dust, swimming pools, my brother --OK, that’s an exaggeration, Rick was a fine brother). In my spare time between doctors' appointments, pills, and ointments, baseball kept me sane. In the 1940s and 1950s, when I grew up, pro footballI and basketball had not yet become extremely popular. Baseball truly was “the national pastime.” I listened to games on the radio (remember it? TV without the picture). I read magazines, books, and newspaper accounts of games. I collected baseball cards. I learned about the game’s history, as well as present. The same with its stars. One man stood out: Christy Mathewson. He was a great pitcher for the New York Giants in the early 20th century. But there was much more to him. At a time when professional athletes made little money (yes, there was such a time) and ball players were considered on the same level as actors, artists, and prostitutes, Mathewson stood out. One of his nicknames was: “The Christian Gentleman.” Most men is baseball drank, smoked, cursed, and fought —with other players, umpires, and fans. The fights were physical, not just verbal. Mathewson did none of these things. But he earned the respect of other players who did them all. Even Ty Cobb and John McGraw. There’s more. He was a college graduate (Bucknell University) when most men were lucky to have a high school diploma. He played other sports, including pro football which you wouldn’t recognize. He was handsome. He played in New York City, then as now, the largest city in the country. Excellence and popularity there meant fame and money. He dressed well. Today, his commercials would rival LeBron’s. And, finally, a hero’s life must have tragedy. After his playing career ended, WWI arrived. He suffered from influenza and was exposed to mustard gas. Chemical warfare. His lungs were damaged and he required treatment for the rest of his life. (Like my Grandfather who also fought in The Great War.) He died in 1925. He was 45 years old. I have his picture here because you need to know more about him than me. He was what an athlete could be. Players like him and their accomplishments got me through a sickly, painful childhood and can still sustain me in difficult times. *****
View all posts by rcarmean →
This entry was posted in Entertainment, Movies, Pop Culture, Uncategorized and tagged Actors, Cinem a, Gay, Gay Actors, Gay Pride, Greg Kinnear, LGBT, LGBT Community, Motion Pictures, Movie Actors, Movies, Orlando Shootings, Pulse Orlando Nightclub, Terence Stamp. Bookmark the permalink.